We had planned to leave Ningaloo Reef the morning of 1 May in any case, however, at 6am that morning the camp host at Osprey camp ground told us that we should get going as Cyclone Quang was now expected to hit Exmouth (rather than further south) and hit sooner than expected; about 9pm that night.  We proceeded to pack and get into Exmouth to stock up on fuel, food and water.  Between our camp and Exmouth the floodways were rising and we had to negotiate very heavy rain, extreme winds and some almost out of control motorists.  We got to Exmouth about 9am.  While filling the van with water, in my swimmers, the top of the van was moving to and fro about 30cm.  A little scary.  By the time Jada left the IGA store there was a line up of people with an expression of controlled fear on their faces.  We drove away about 10am, heading inland.

For the next six hours we drove through extreme wind and rain and crossing many floodways.  By the time we turned east towards the Pilbara off the Northern Highway the weather was calming down, however, the floodways still seemed to be rising.  We stopped for the night about 200km west of Tom Price with a couple of other battered travellers.  The next morning was overcast and breezy but essentially it was a fine day!  As it turns out, Exmouth lost power and experienced winds of 120km/hr. The peak was about midday 1 May so we were not far from it.  Anyway all is well.

The picture below is of a Frenchman named Eddie.  Eddie turned up at our camp about 9am, 2 May.  He had spent a wet and windy night by the side of the road.  Three years ago Eddie started riding his bike from his home in France and hasn't stopped since.  His trailer weighs 60kg.  And we thought we had to pack light!  We charged his batteries, made him coffee and toast and didn't know whether to be envious of him or take pity on him. 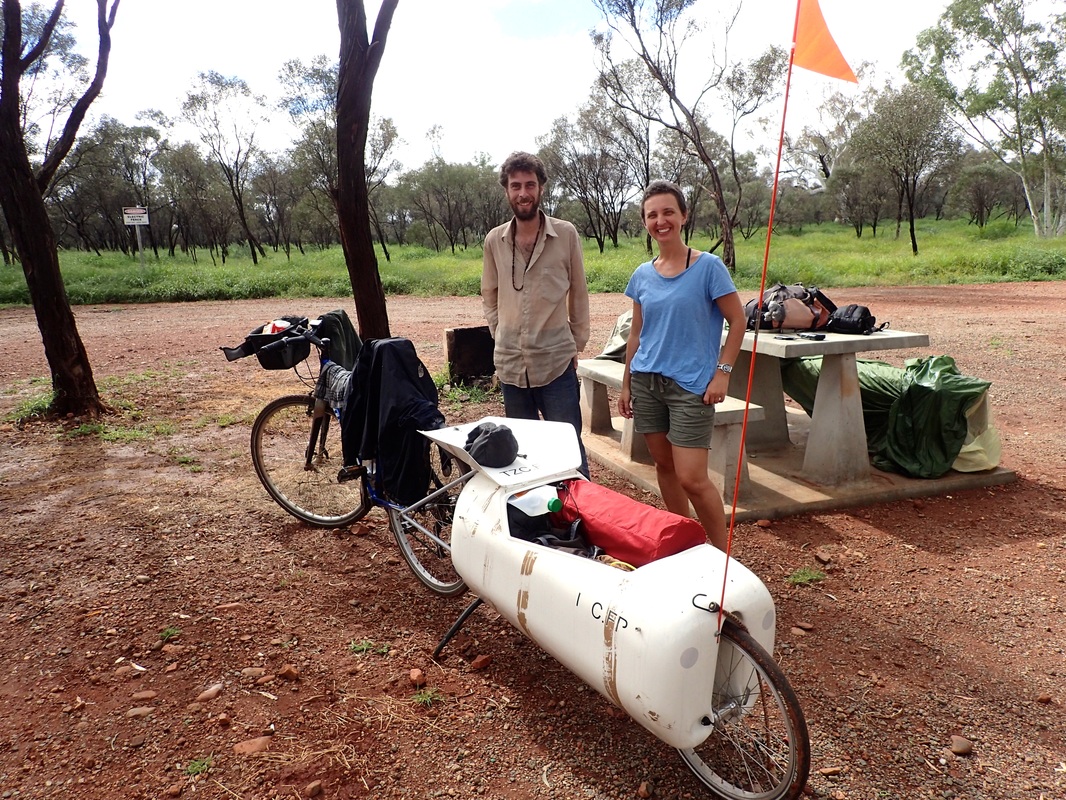 The Cyclone behind us now, driving into the Pilbara where blue and red dominates.  The cyclone seems to have blown the flies away - yeah! 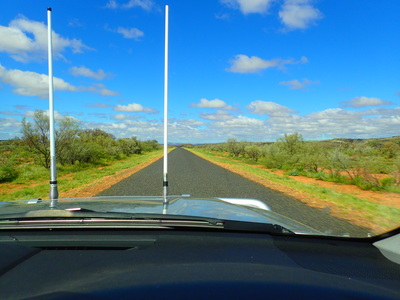 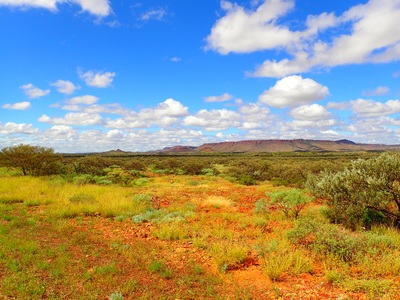 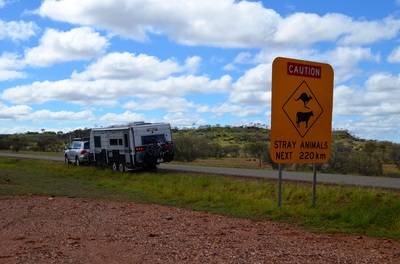 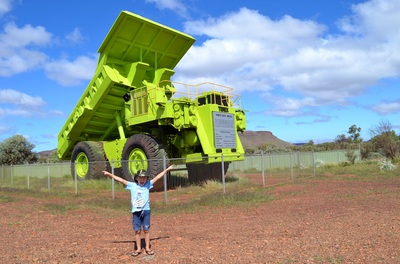 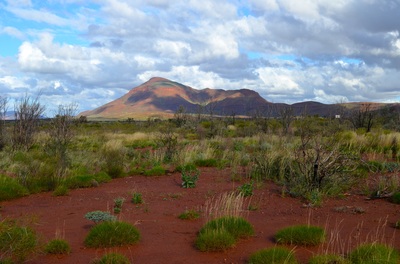 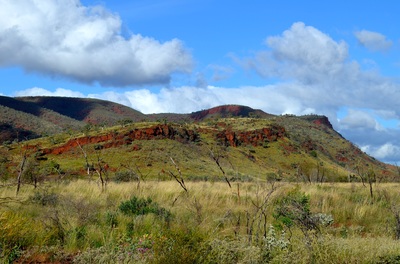 I had expected the Pilbara to be an ancient landscape.  What I found is a landscape that is harsh, prickly, arid, foreign and seems to be from a different planet yet makes you feel thoroughly warm and comfortable, gives you a sense of belonging, is full of surprise and is indescribably beautiful.

The following photographs were taken in Karijini National Park where we walked Dales, Joffre, Hancock, Weano and Kalamina Gorges.   There was some significant rock hopping, swimming and canyoning involved to complete these walks however they were more than worth the effort.
We decided to have dinner at the Eco Resort as a treat. 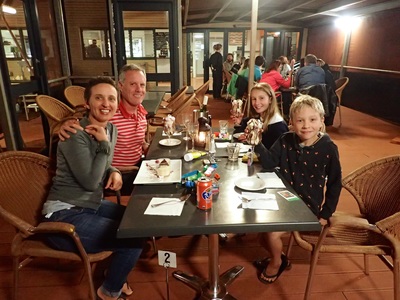 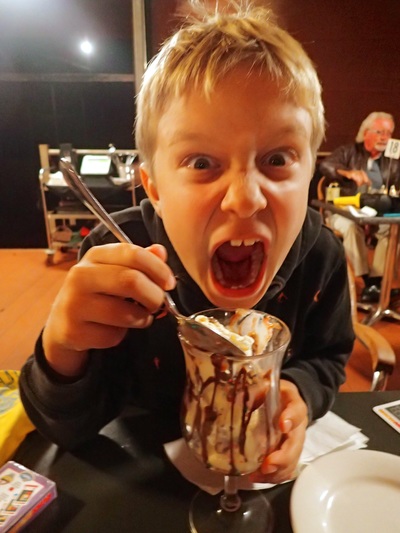 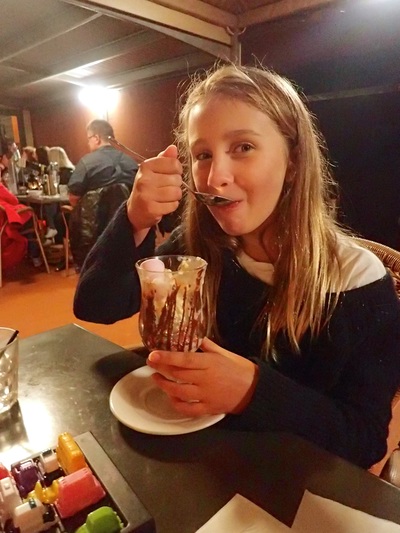 that's us
that's a road train - guess who has right of way ...
Hammersley Gorge was the last gorge for us to see - a geologist's dream