The main road up to Cape York is the Peninsula Development Road which is renowned for its corrugations.  We diverted from it at the first opportunity and went through Lakefield National Park, spending a night at Old Laura Station.  Back on the Development Road and after being tenderised by a million more corrugations we decided to leave the van at the Archer River Station and continue with the tent. 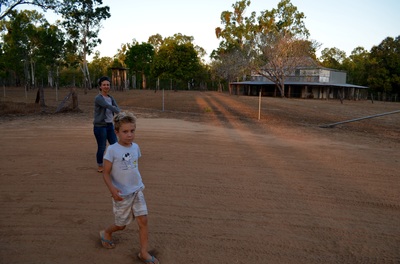 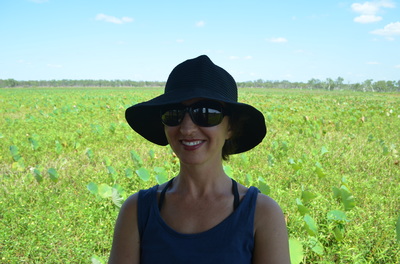 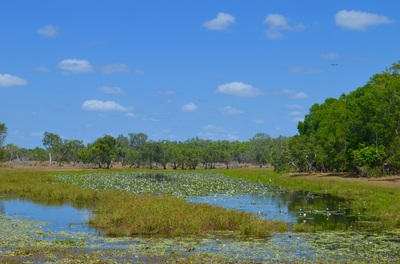 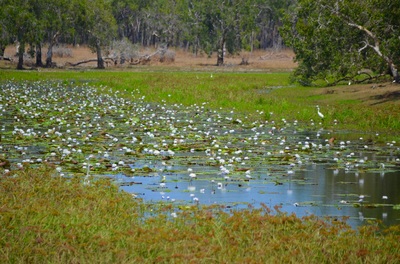 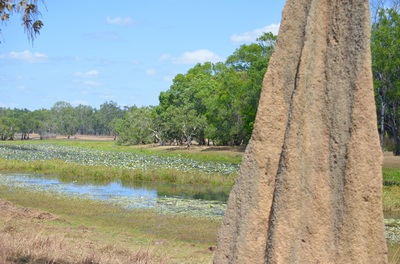 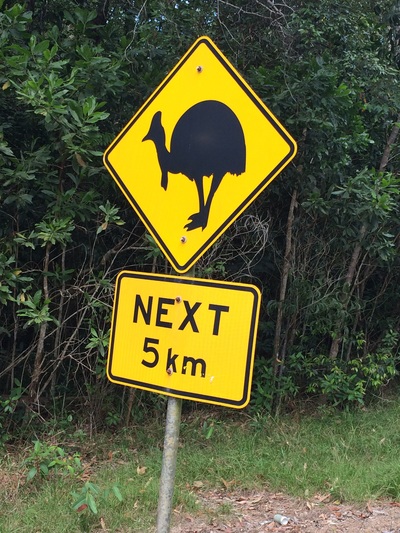 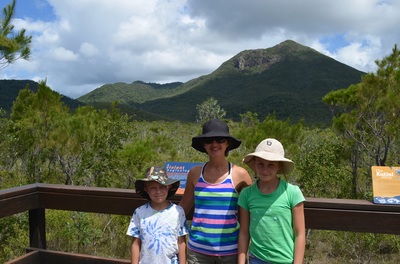 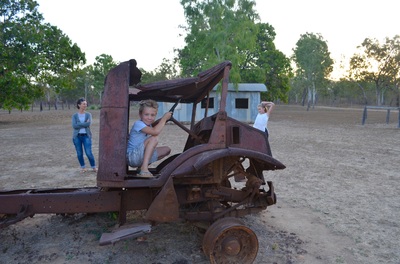 The next few nights we spent at Chili Beach on the east coast.  The setting is idillic with palm trees lining the white sand beach.  The disappointing thing is that the beach is the resting place for flotsam and jetsam and mainly plastic rubbish emanating from as far afield as the pacific islands of Vanuatu and Fiji.
We called in at the indigenous community of Lockhart River; interesting mainly for its severe alcohol restrictions and unusual balancing rocks. 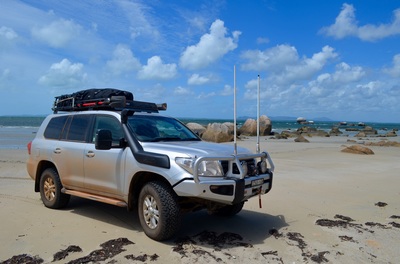 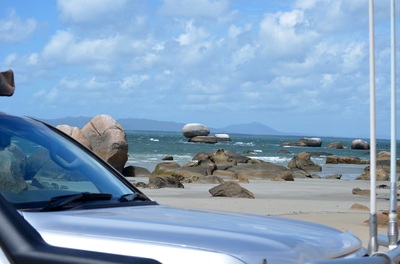 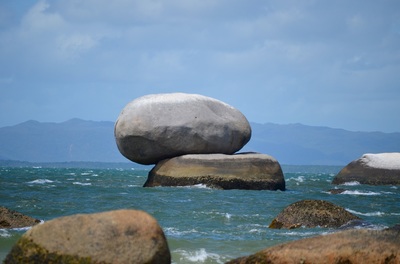 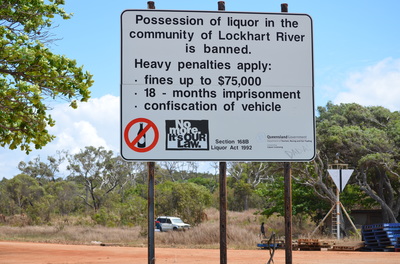 Termite mounds are a feature of much of the northern landscape.  These magnetic ones were some of the sharpest we had seen and on some angles the mounds looked very much like headstones.
The Old Telegraph Track ("OTT") is why many come to Cape York.  It is an iconic 4WD adventure which lures all sorts. I will fess up immediately and admit that I did not attempt "Gunshot", however, we were lucky enough to watch a couple of others do it (see below video).
Besides the four wheel driving there is also beautiful landscape and water features to be seen.  We visited Fruit Bat Falls, Twin Falls and Eliot Falls along the way.
Once at the top we did the obligatory trip to the tip which has a reputation for not being particularly scenic, however, we found it to be quite beautiful.  A stop at the "Croc Tent" is mandatory.
Fires are a common feature of the dry season in the north and a frequent sight by the road.  While camping at Loyalty Beach a fire came disturbingly close to some camp sites and their gas bottles!
The OTT was a lot of fun to drive and parts really kept you on your toes.
Here is some video footage of our trusty Cruiser in action on the OTT.
Here is some footage of others we saw on the OTT.  The first two parts are cars going down "Gunshot 2".  Both these cars ended up with clay from the side walls on the back of their vehicles and their bulbars covered in mud - glad no airbags activated!  The second two are of vehicles crossing Cannibal Creek, which is where we left the OTT.  If you listen you will hear their rear bars and sidesteps being realigned!
We took a ferry across to Thursday Island and were treated to the primary school performing traditional dances in the park as part of NAIDOC week celebrations.
On the way south we again went through Lakefield National Park and then the Battlecamp Road where I had to deal with the first tyre puncture of the trip!.  We then went on to Elim Beach adjacent to Cape Bedford which has a campground on indigenous land.  Just a few hundred metres down the beach are the "coloured sands" which gave the kids some fun collecting.